Our favorite fourth grade teacher, Ms. Sneed, sat hunched over her laptop. “Time to bone up on the 19th Amendment,” she said to herself.

As she read, the teacher’s eyebrows raised. “Wow, who knew?” she murmured. Article after article on History.com challenged her preconceived ideas about women’s suffrage.

As she worked, Ms. Sneed typed up a short article for teaching women’s suffrage. “If we want kids to be informed,” she said out loud, “we must first inform teachers.” 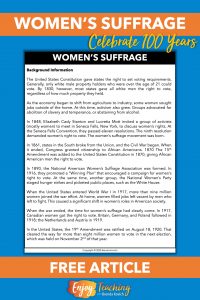 A Research Project for Kids

“Now, what kind of activity will my kids do?” she thought. Naturally, she clicked over to Teachers pay Teachers. Before too long, she hit pay dirt: a suffragettes research project. Perfect!

The following Monday morning, Ms. Sneed introduced the research project. “Each of you will research a different suffragette. When you sign in on Google Classroom, you’ll find all the pages for your project.”

The students quickly opened their Chromebooks and clicked to find out which suffragette they’d be researching. Cries of “I got Susan B. Anthony!” and “Wow! Ida B. Wells” could be heard.

Before too long, the room was silent. Ms. Sneed circulated around the room. Then that famous teacher smile curled the edges of her mouth. She loved it when a plan came together. 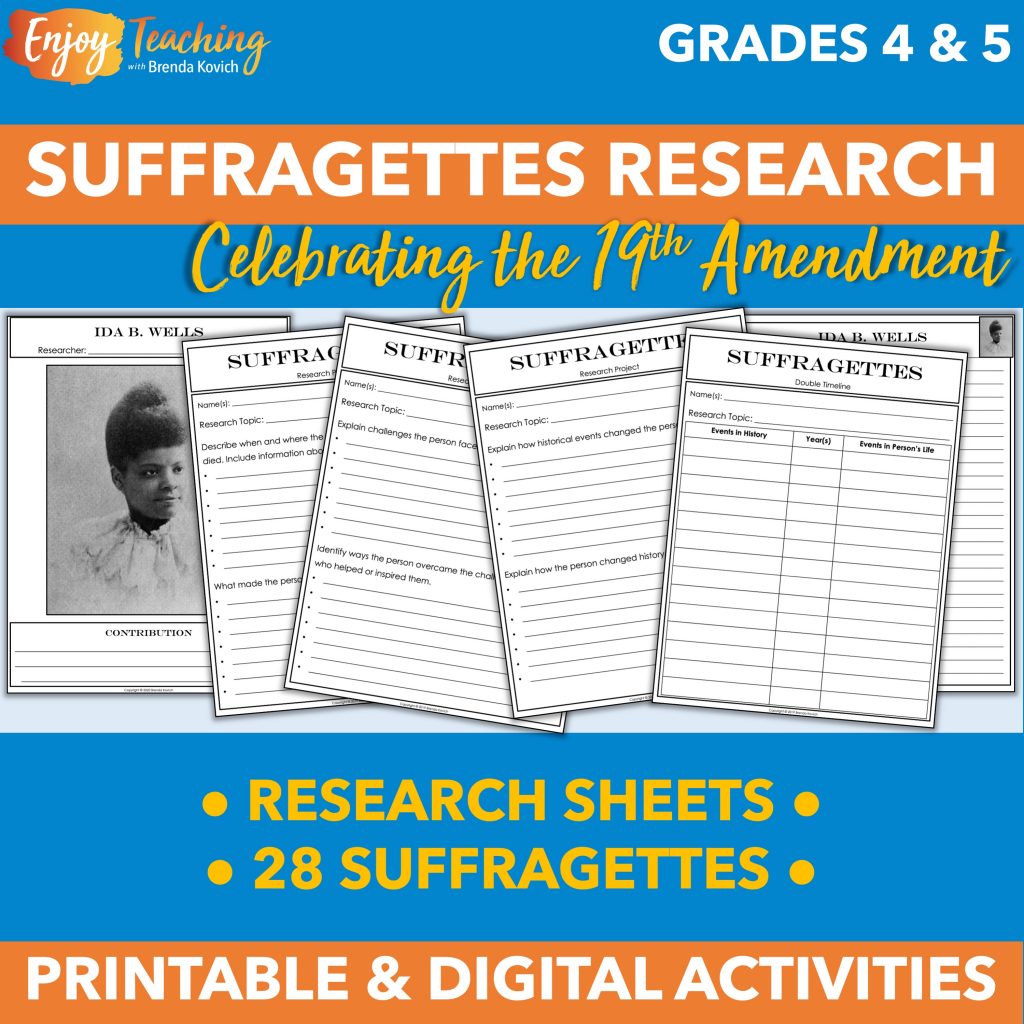 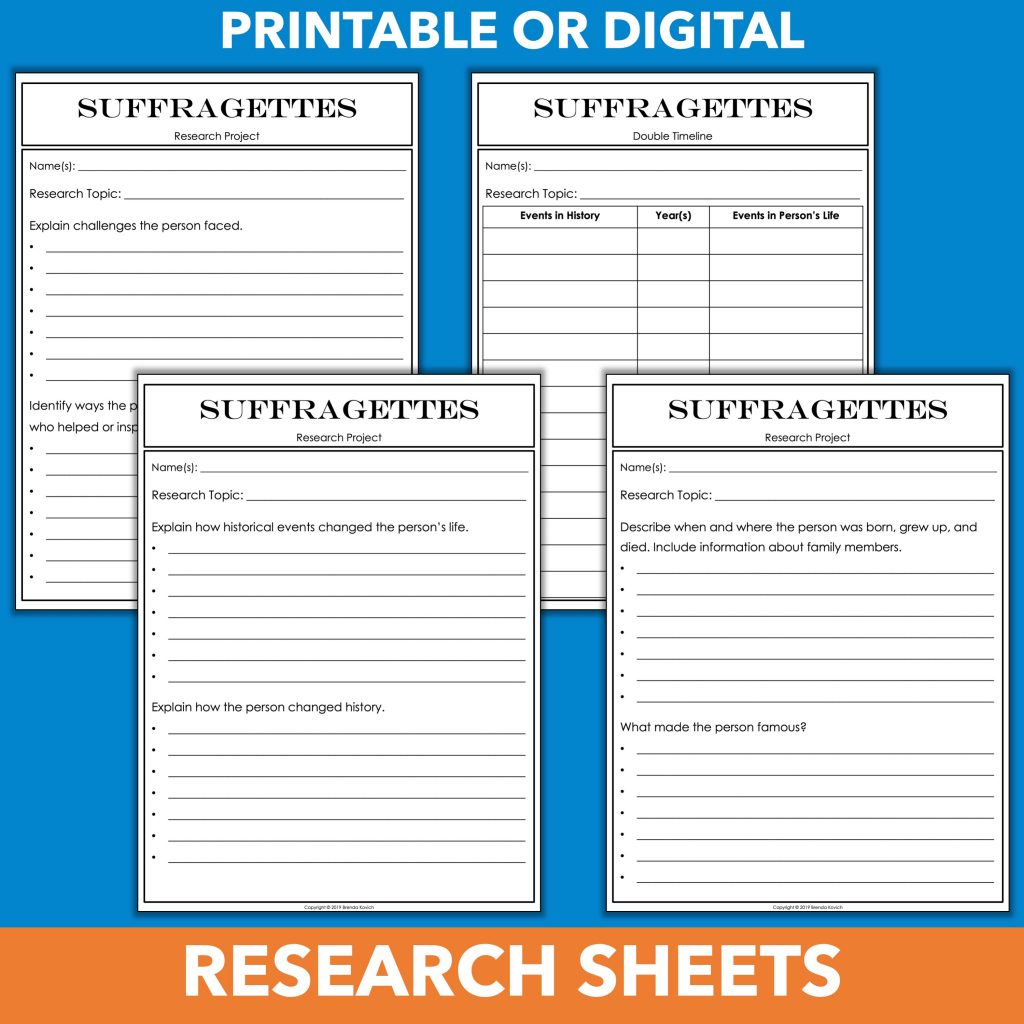 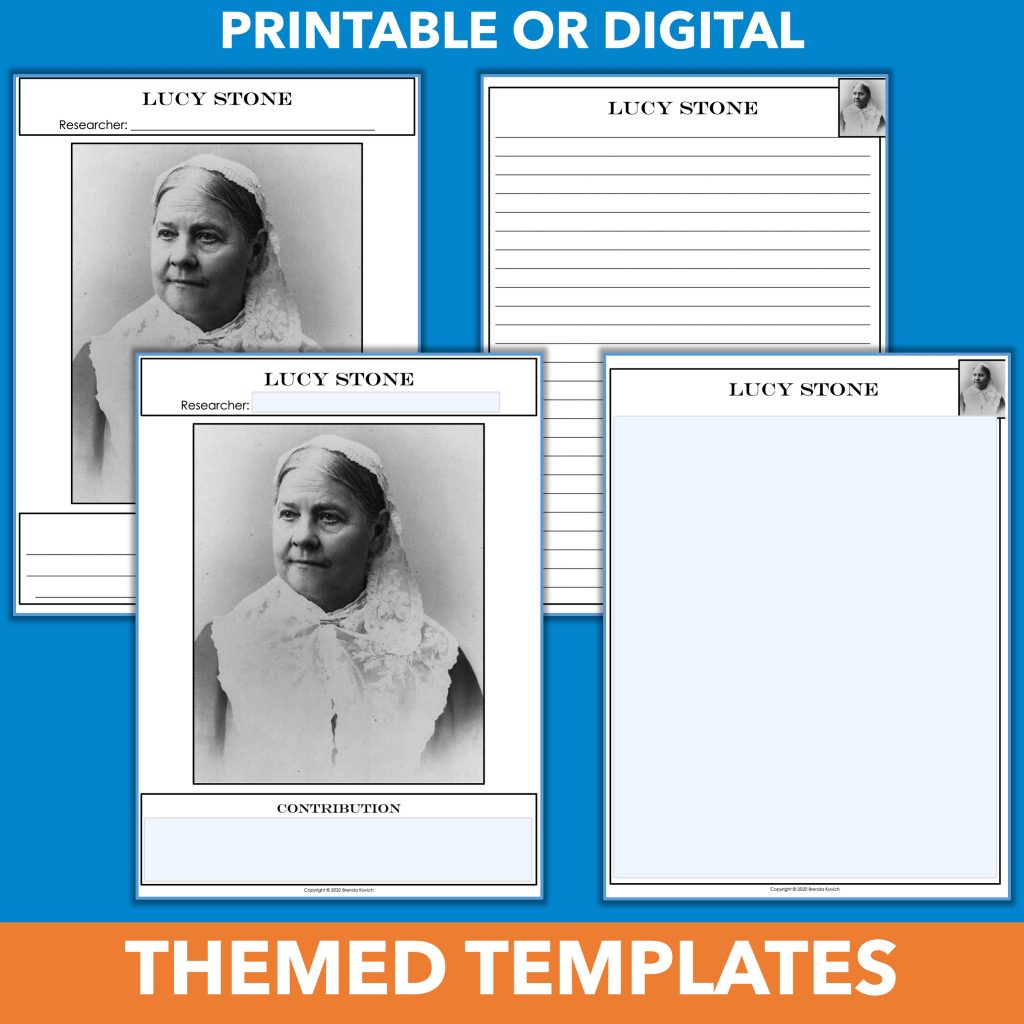 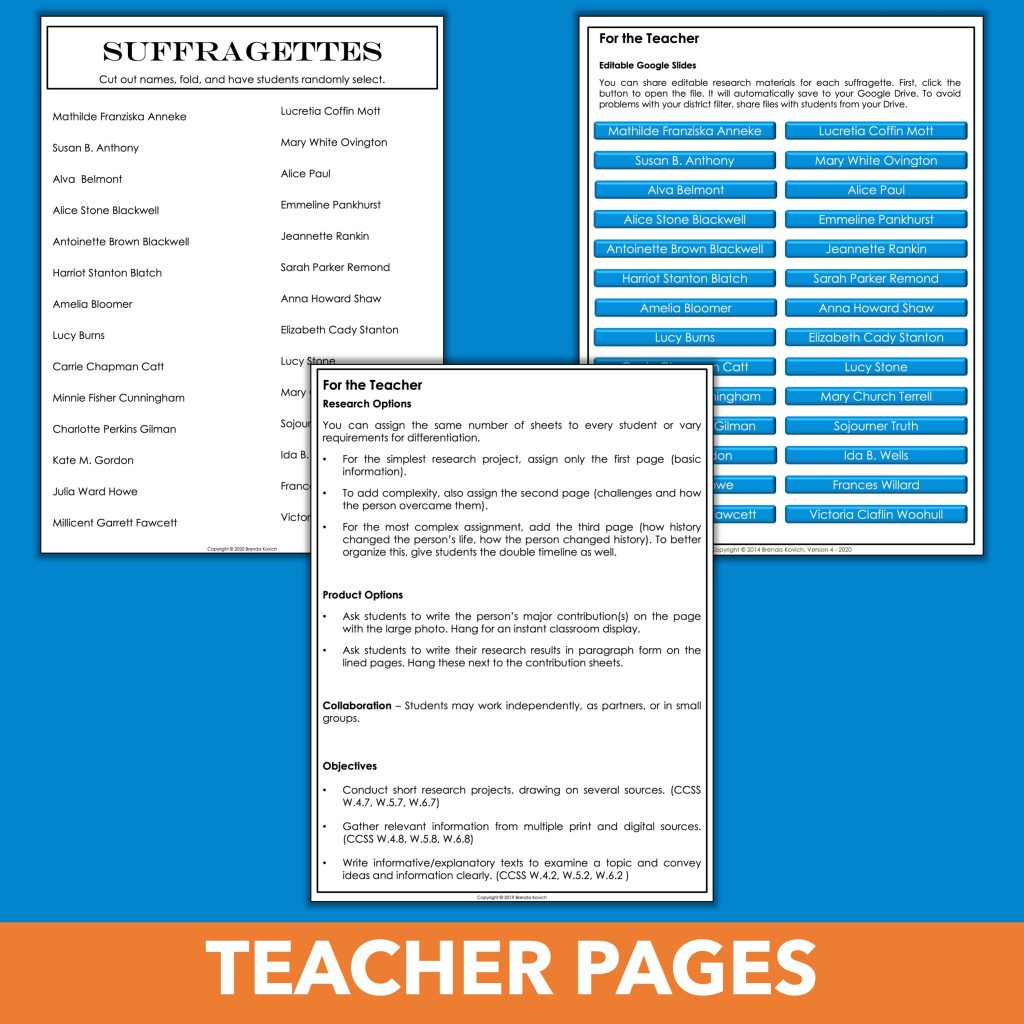