How to Build an Erosion Table (AKA Stream Table)

Need an erosion table for your classroom? Try building this D.I.Y. version. All you need is a package of paint tray liners and an egg carton.

Our favorite fourth grade teacher, Ms. Sneed, looked over her geology plans and sighed. Year after year, she promised herself that she’d add some hands-on erosion activities. But what kind of stream table would she use?

With resolve, she picked up her purse, jumped in the car, and drove to the hardware store.

First she thought about using a paint tray. She picked one up and studied it. Unfortunately, the water and eroded materials would be caught by a lip at the end.

Then she spotted a 10-pack of paint tray liners. Hey, they were thin enough to cut. She tucked them under her arm and headed to the checkout counter. 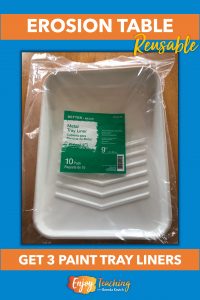 How to Build the Erosion Table

On the drive home, Ms. Sneed thought about all the ways the kids could pour water into the tray. Pouring with a cup caused too much erosion. Of course, they could poke holes in the bottom of a Styrofoam cup. But then there was the issue of how high or low to hold the cup. Too many variables.

When she got home, she rummaged around her kitchen, looking for solutions. Finally, she found it in the refrigerator: a Styrofoam egg carton. Perfect.

Ms. Sneed got started on her erosion table. First, she cut four sections from the egg carton.

Second, Ms. Sneed used a pencil to poke holes into the bottom of each cup of the egg carton. Then she stapled it to the top end of the paint tray.

Ms. Sneed studied her erosion table. Even though the bottom lip was low, it would cause an unnatural barrier. She picked up her scissors and cut the lip off. There. That would work. 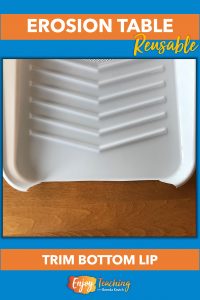 To add more slope, Ms. Sneed turned another paint tray upside down and slid it under the first. Then, to catch runoff, she put one under the bottom lip. 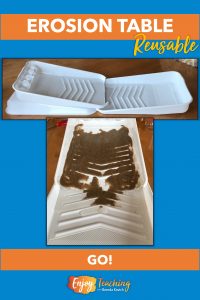 Ms. Sneed poured sand into the erosion tray and tried it out. Yes. Just what she needed.

The following week, Ms. Sneed’s students studied slow changes to Earth’s surface. After showing them how to use the erosion tables, she let each science group experiment. As she walked around the classroom, that small teacher smile appeared on her face. Hands-on science was so much better than lecturing or reading out of a book. 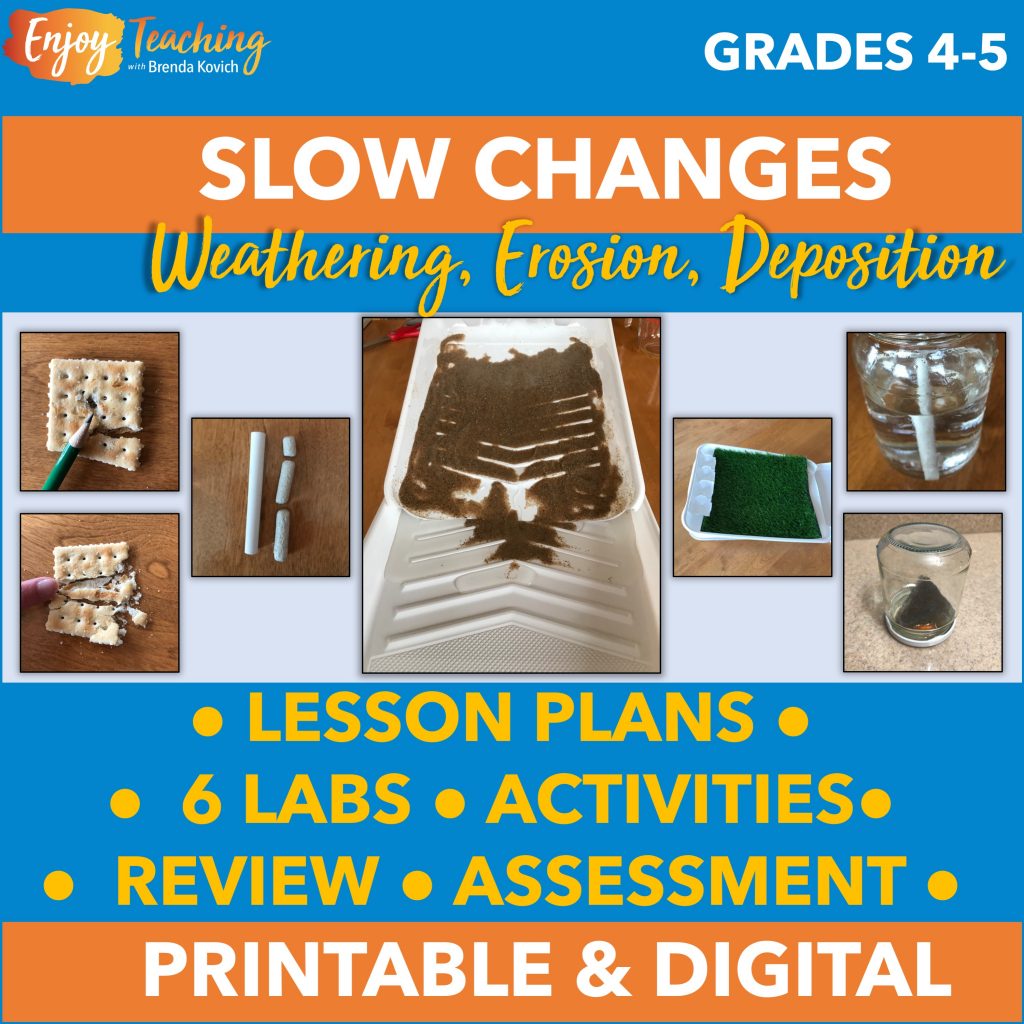 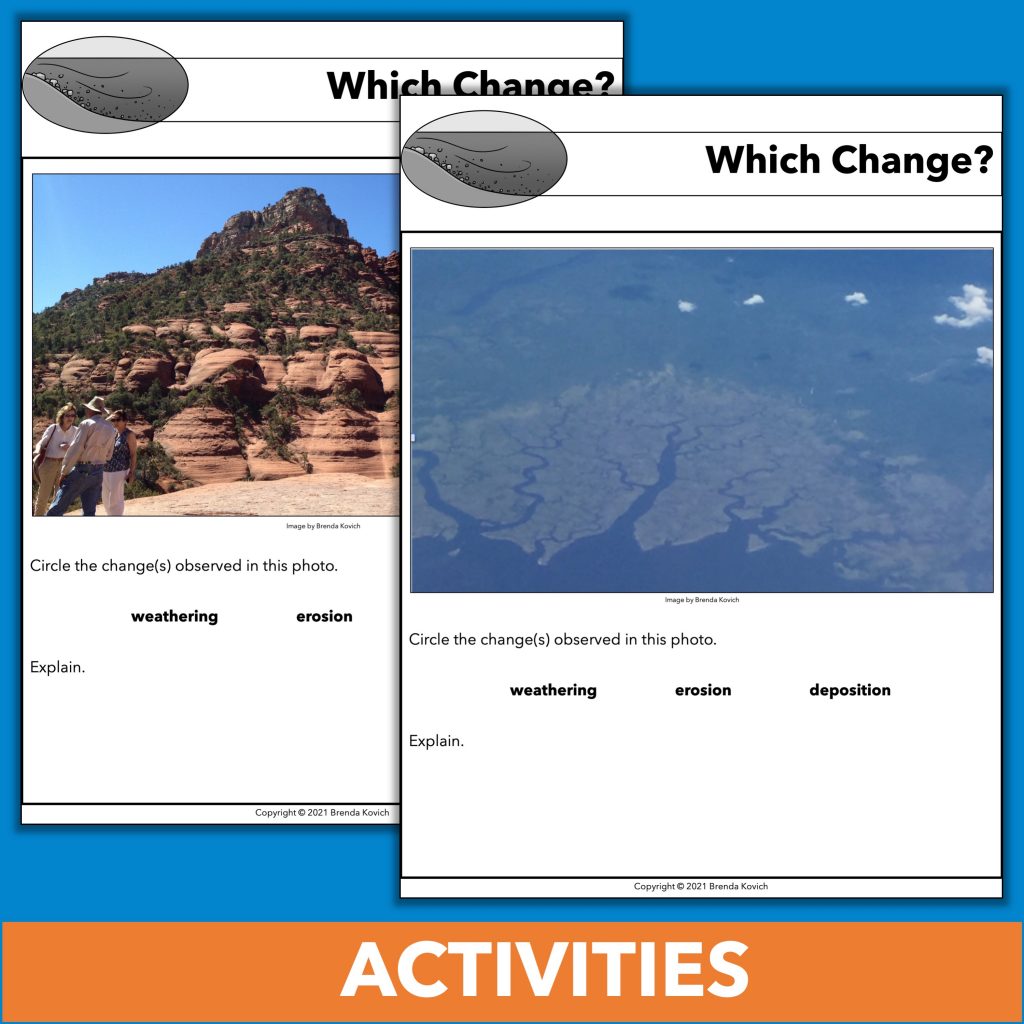 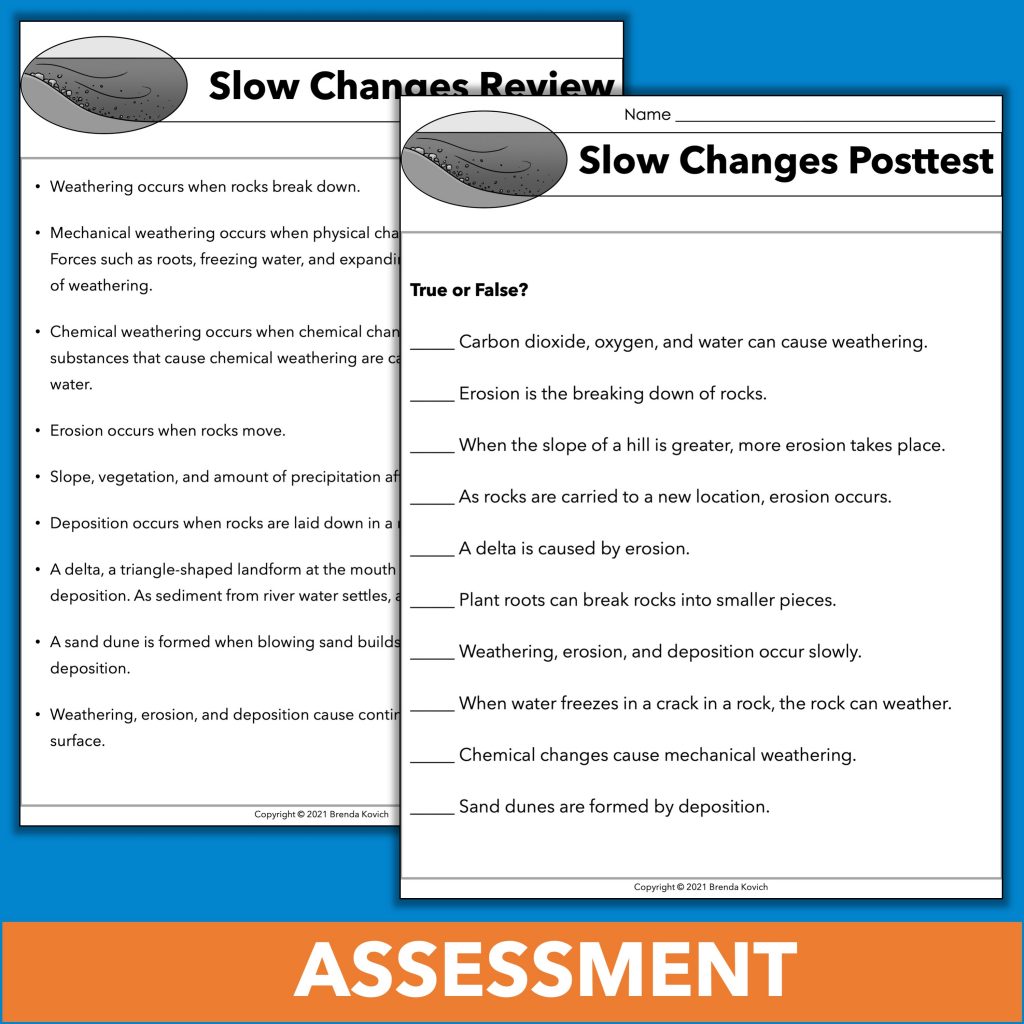