Use a variety of earth science projects to teach slow and fast changes. This set of lesson plans engages fourth graders – and matches the standards! 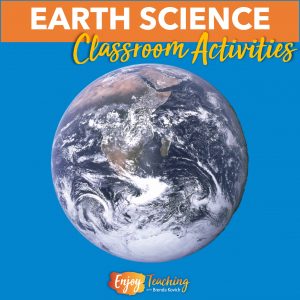 Our favorite fourth grade teacher, Ms. Sneed, tapped away on her keyboard. Soon, she found what she was looking for. She positioned her laptop so her teaching partner could see. “Take a look at these free earth science lesson plans.” 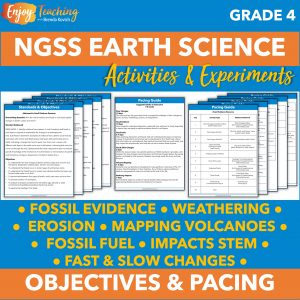 “As you can see,” Ms. Sneed said, “these activities address our NGSS earth and space science standards.” While she scrolled through the plans, Mr. Frank looked on.

“The author has grouped the geology activities into two sections: slow and fast changes.”

“In the lesson plans, she lists overarching questions, standards, and objectives. Then a pacing guide suggests a sequence that scaffolds learning. In addition, tables organize instruction for each day.”

Ms. Sneed scrolled to standards and objectives for a unit on slow changes to Earth’s surface. She read the overarching question aloud: “How do weathering, erosion, and deposition slowly change Earth’s surface?”

4-ESS2-1 Make observations and-or measurements to provide the effects of weathering or the rate of erosion by water, ice, wind, or vegetation.

She clicked to another open tab and looked at the preview for the slow changes unit. “Six slow changes videos support this unit. Love that!”

“And look at this,” said Mr. Frank, “a series of labs give kids hands-on experiences with mechanical and chemical weathering, as well as erosion and deposition. Most of the experiments use a stream table made with plastic paint trays.” 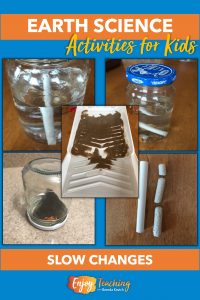 Ms. Sneed slowly moved through the pages of the preview. If we did all of these activities, it would take ten days. First, kids take a pretest. Second, they conduct a variety of experiments. Third, they identify weathering, erosion, and deposition in a series of pictures. Finally, they review and take a posttest.”

Her teaching partner’s eyes lit up. “Our students will love love working in their science groups. Or, as an alternative, we could set up the labs as science stations. Awesome!”

“On to the next unit,” Ms. Sneed said. Quickly, she clicked back to the lesson plans. “It covers fossil layers.”

Mr. Frank read the overarching question aloud: “How do rock formations and fossils in rock layers explain changes in Earth’s surface over time?.”

Then they both looked at the standard:

4-ESS1-1 Identify evidence from patterns of rock formations and fossils in rock layers to support an explanation for changes in a landscape over time.

“Let’s take a look at the fossil layers activities,” said Ms. Sneed. With a few clicks, she landed on the product page. 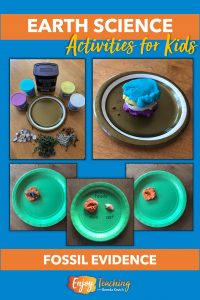 Mr. Frank looked on. “In addition, they learn about evidence. For example, from animal fossils, we can determine whether they were carnivores or herbivores.

“They continue with analysis of diagrams. From them, kids can figure out the order in which the layers formed. Furthermore, they can tell if the layer existed on land or under water.”

The next unit shifted gears. Instead of hands-on experimentation, students would conduct research.

Again, the pair studied the standard:

4-ESS3-1 Obtain and combine information to describe that energy and fuels are derived from natural resources and their uses affect the environment.

“‘After exploring deposition and fossils, kids will understand that layers containing masses of dead plants and animals were compressed to form fossil fuels. Using that information as a springboard, they explore how fossil fuels are used today, how they impact the environment, and what we can do to reduce those impacts,'” Mr. Frank read. “Let’s take a peek at the fossil fuels activities.” 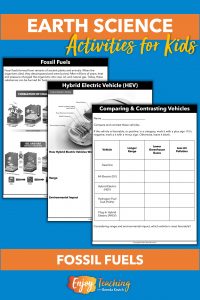 “On the first day,” Ms. Sneed said, “kids learn about and classify renewable and nonrenewable resources.

“Then, on the second day, they read about fossil fuels, the greenhouse effect, and how electricity is generated.”

“Next, kids compare and contrast the vehicles, focusing on range and effects on the environment. Finally, for the grand finale, each student designs an eco-friendly vehicle.”

The two teachers grinned at one another. Another winner.

As Ms. Sneed looked back at the lesson plans, she said, “A set of fast and slow changes posters helps kids differentiate between the two.”

“Kids use flashcards to review. Then they take a short test to assess their knowledge,” Mr. Frank said. “It reassures me that they’ll know the vocabulary.”

“This set of volcano mapping activities addresses this standard:

4-ESS2-2 Analyze and interpret data from maps to describe patterns of Earth’s features.

“From this, the overarching question asks how patterns in Earth’s features help us understand past, present, and future changes to Earth’s surface.” 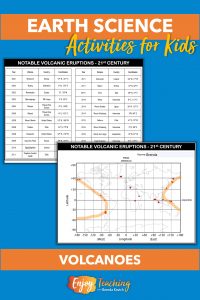 As the teachers studied the preview, they noticed that students would use latitude and longitude skills to plot notable volcanoes of the 21st century. From that they would locate the Ring of Fire.

“As an extension,” Ms. Sneed said, “we could use these volcano cards for measuring or researching. Color and grayscale maps provide opportunities for more exploration.”

Once more, the pair returned to the earth science lesson plans. “For the last unit,” said Mr. Frank, ” focuses on reducing impacts of natural disasters. It addresses NGSS 4-ESS3-2:

4-ESS3-2 Generate and compare multiple solutions to reduce the impacts of natural Earth processes on humans. 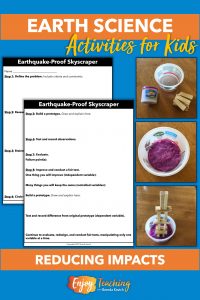 “However,” he continued, “kids use the processes from the engineering design standards.”

The pair leaned in closer to study the natural disaster activities.

“I like the way direct instruction, practice, and real-life situations are woven into daily instruction,” Ms. Sneed remarked. “Very effective.”

“And I like the way we can use earth science materials from the dollar store!”

As the teachers read through the next four days, they realized that each day taught something new:

“More great stuff,” Ms. Sneed said as they wrapped up.

For more than 30 years, I enjoyed teaching upper elementary students – mostly fourth grade. Now I tell my tales through a fictitious educator, Ms. Sneed. Like you, she grapples with day-to-day classroom challenges. And like you, she meets those challenges head-on. Hopefully, each of her stories will give you some ideas and inspiration.

If you’d like to learn more, explore six ways to enjoy teaching. First, to survive, a teacher must get organized, plan, and simplify. Then, in order to thrive, they need to learn more about their craft, engage students (and themselves!), and dive in. 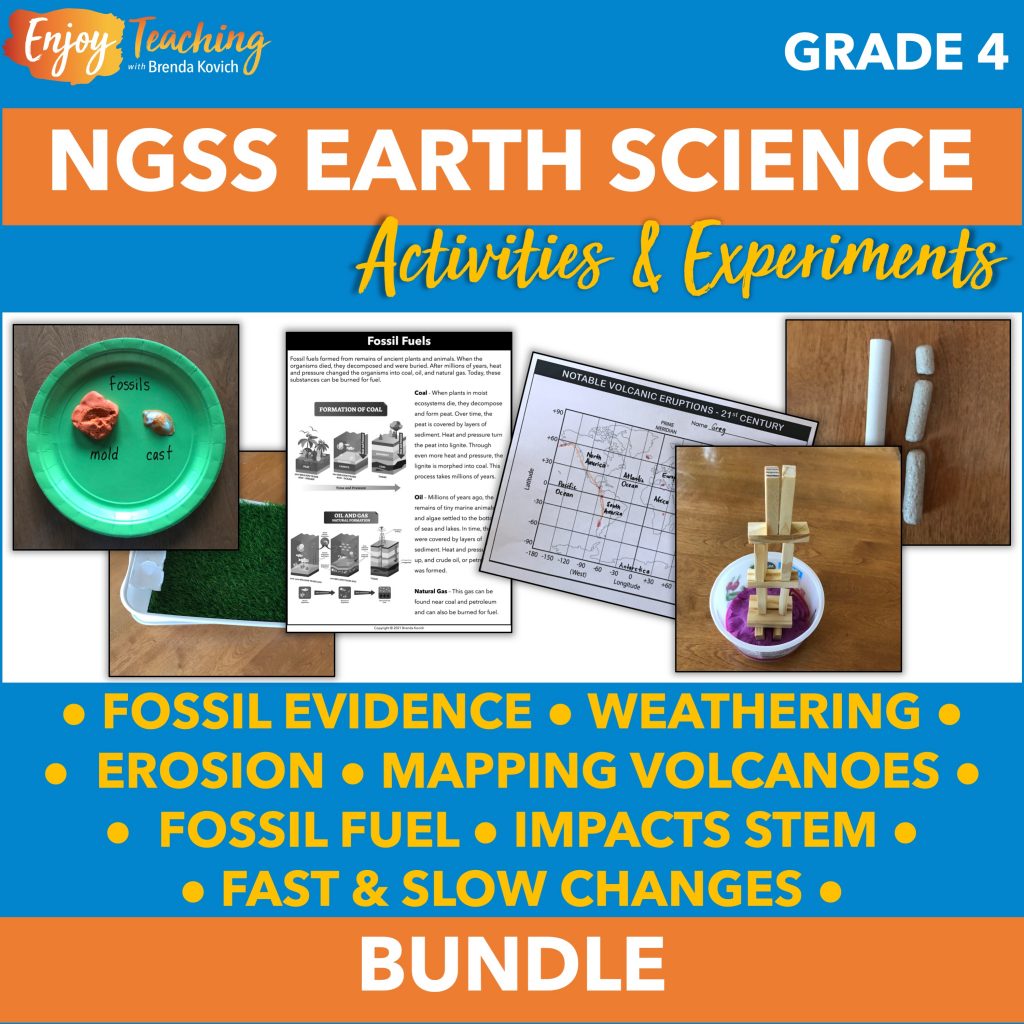 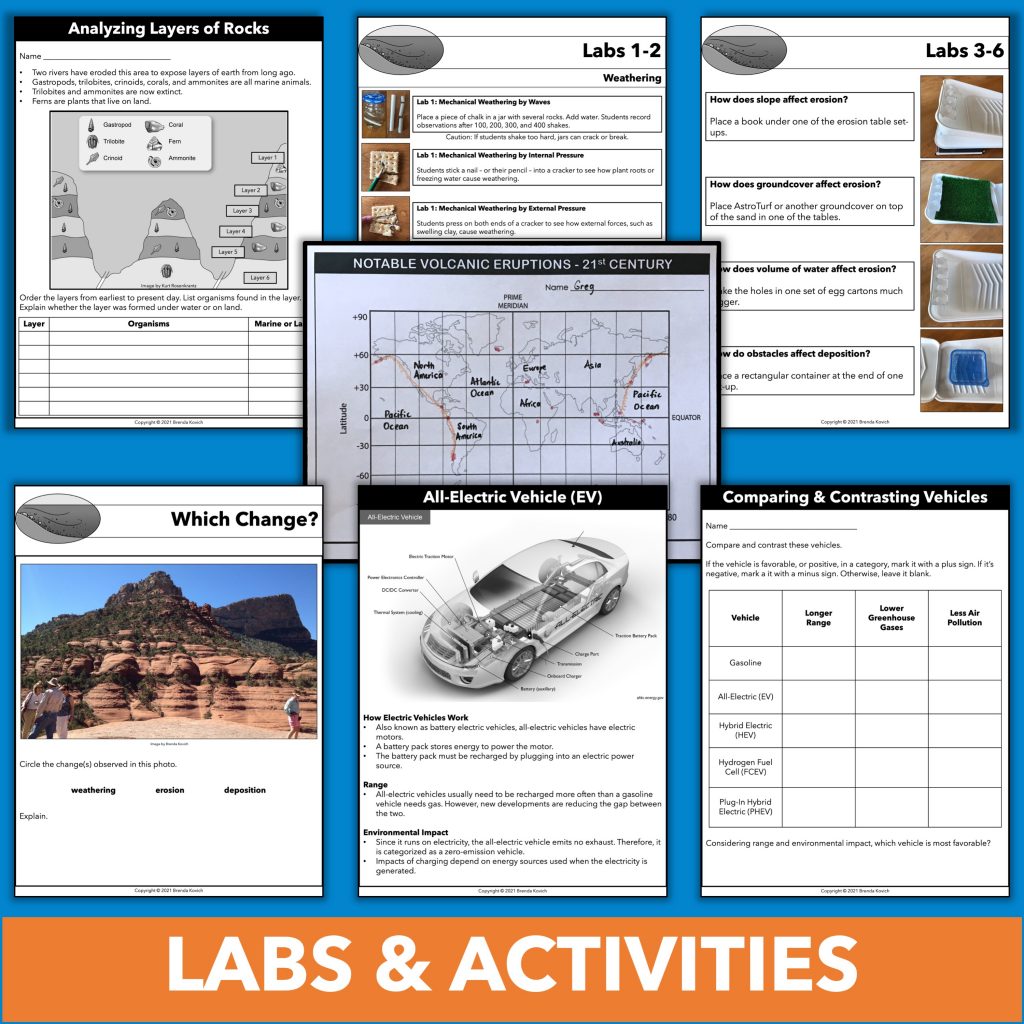 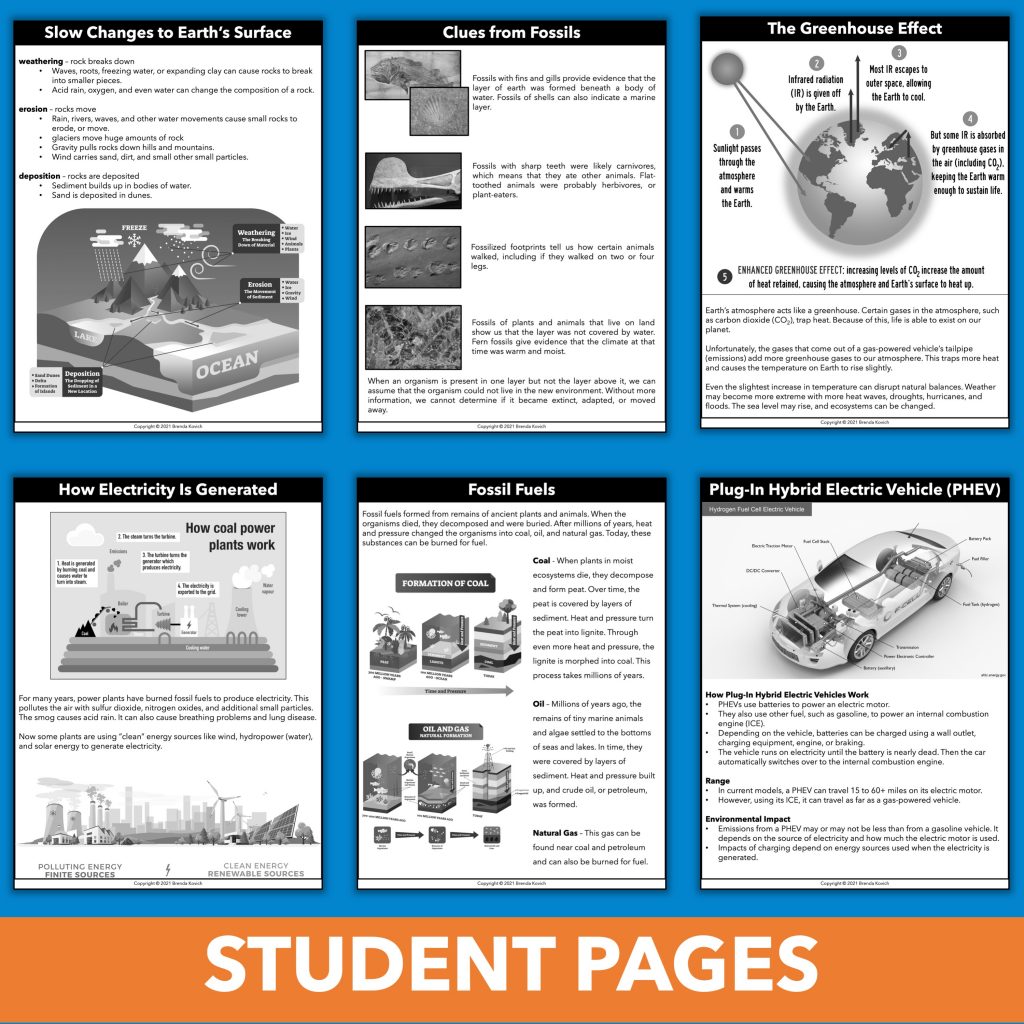 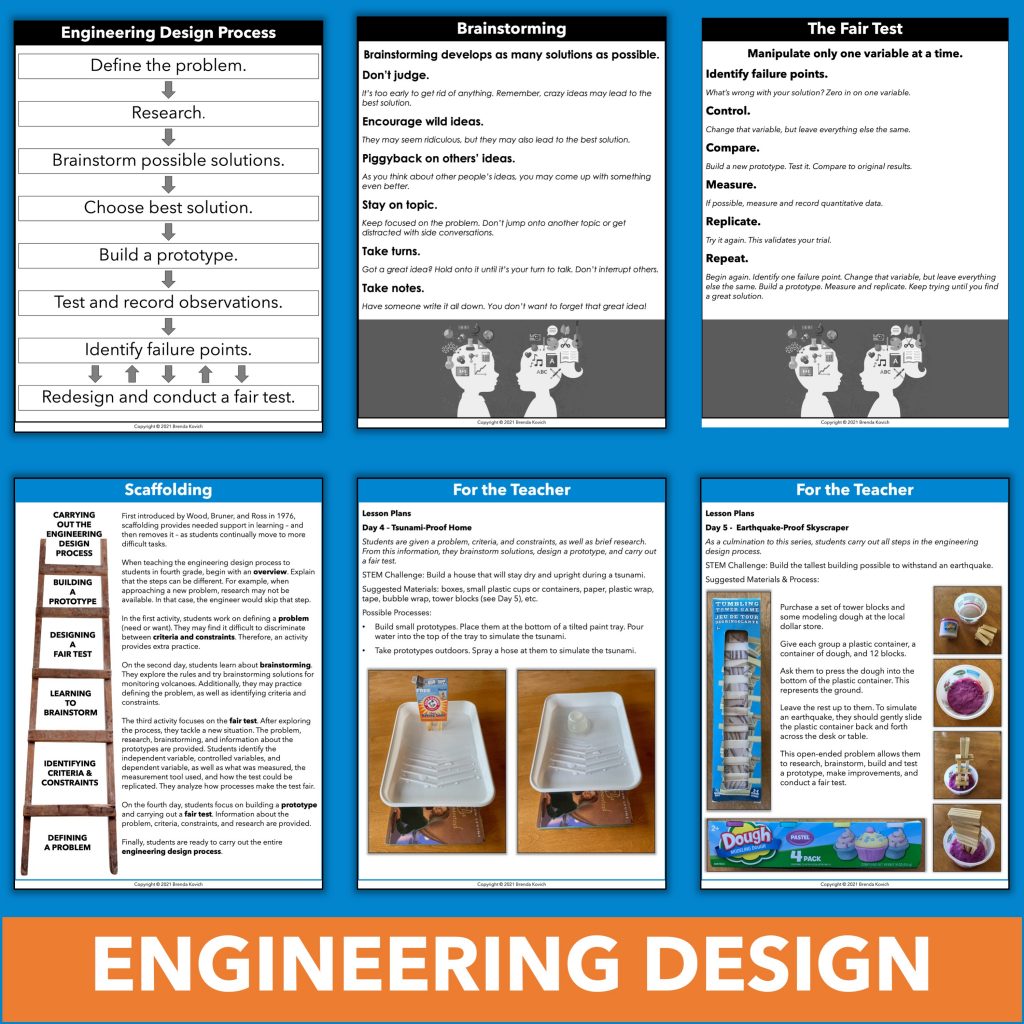