Enjoy teaching scientific method! Start with some simple experiments. Soon, your little scientists will understand how to conduct a fair test. 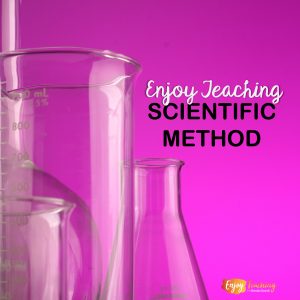 Let’s look in on our favorite fourth grade teacher. First, Ms. Sneed stapled some Dollar Store shelf liner to the backsplash of her sink area. Next, she added some colorful borders. Finally, she matted her scientific method posters on black paper. Voila!

Just as she was finishing up, the teacher next door popped in to borrow some salt. “Hey,” said Mr. Aaron, “I like what you’ve done with the place.”

“Thanks! These posters on the top help me teach the steps in the scientific method:

“And the four on the bottom remind the kids of what makes a fair test: compare, control variables, use tools, and replicate.”

Just then, Mr. Aaron noticed a template on the table. “This is great. Can I have one?”

“Sure. I actually downloaded this scientific method graphic organizer for free from Teachers pay Teachers.” 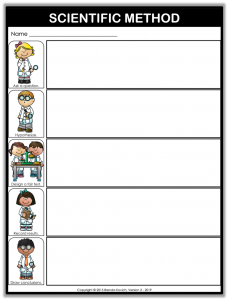 The next day, Ms. Sneed was ready to rock and roll. “Okay everyone, today we’ll explore processes scientists use in a fair test.”

As she began the scientific method PowerPoint presentation, a kid at the side table called out, “Hey, look! Those are the same pictures as on the wall over there.”

“You’re right, Kevin. We’ll be referring to those posters all year long.” 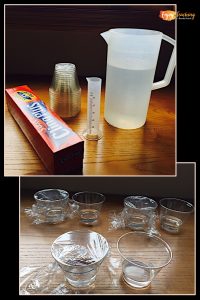 “Notice how the simplest questions can lead to profound conclusions,” said Ms. Sneed.

The Students Design and Conduct Experiments

Now it was time for the kids to explore on their own. “Let’s read this article on evaporation,” said Ms. Sneed. “As we read, think about a scientific method experiment you’d like to try.” 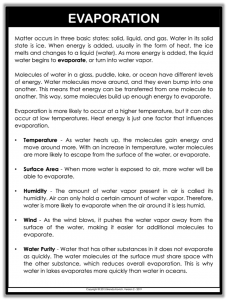 When they finished, each group received a scientific method template. After some debate, each team came up with their own question and got started.

“You know what?” asked a girl in the front corner. “This is fun.” Ms. Sneed smiled silently to herself. Yes, it was.

Yes, Ms. Sneed was ever so pleased with her scientific method unit. As the year went on, Ms. Sneed found more ways to energize her science instruction. In addition to using the fair test, she also asked her students to use inquiry and make generalizations. Her kids ate it up – especially the STEM activities she added each month. When the kids got their hands on science, engagement went up, behavior issues went down, and learning skyrocketed. And you know what? Ms. Sneed enjoyed teaching even more.